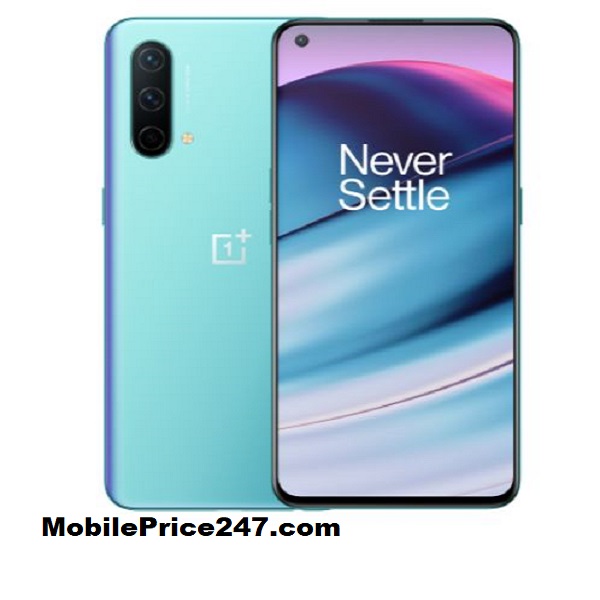 At first mentionable changes of the phones are, they missed the trademark feature of the OnePlus device called alert slider. The second is the plastic back body and the front is protected by an unspecified glass panel. The System-on-Chip of the phone is Snapdragon 750G which was 765G in previous Nord’s.

The name CE means “Core Edition” of the OnePlus Nord phone. Here they keep some core specs from the Original Nord, including the design. In this device OnePlus gives a 3.5mm headphone jack and it is very good news for users. The core edition of OnePlus is capable to deliver the experience of a core smartphone. A one-handed user-friendly smartphone is OnePlus Nord CE 5G. The simple weight and design are much attractive to consumers.

With a 6.43-inch AMOLED display, the OnePlus Nord CE 5G has a hole punch for the selfie camera. OnePlus gives a 90Hz refresh rate in the display which was good for viewing angles. In the lower part of the phone, there is an on-display fingerprint that is accurate and quick to unlock. But the position of the fingerprint scanner was a bit down position. It was quite uncomfortable to unlock quickly. But it is one of the best phones for single-handed use.

The OnePlus has chosen the Qualcomm Snapdragon 750G processor and has 6GB, 8GB, and 12GB RAM variants for individual users. OnePlus Nord CE 5G is available in two storage variants they are 128GB and another is 256GB. But at that time, there are no slot exists for microSD card.

Including a three-camera setup of the OnePlus Nord CE 5G the primary camera is 64Mp there is also an 8-megapixel ultra-wide-angle camera, and a 2-megapixel mono camera. OnePlus used a 16-megapixel front camera for selfies.

A 4,500mAh battery with a 30W fast charger is available in this phone. It took 30 minutes time to charge the first 70% of charging.

Overall, the performance of that device was pretty impressive.